5 Leadership Lessons We Can Learn from Steve Jobs 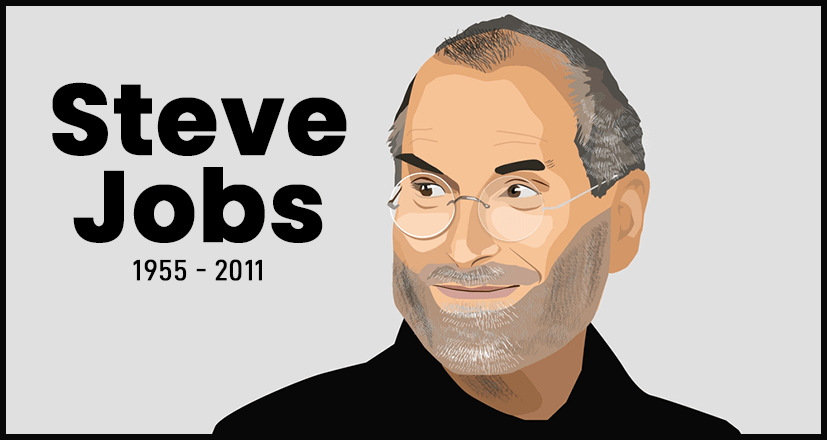 When it comes to Steve Jobs, you likely picture a thin, wiry man with clearance rack blue jeans, oversized white sneakers, and a black turtleneck that hasn’t looked good since the time of Steve McQueen. Despite the interesting style choices, Steve Jobs will forever go down as the guy who brought us the iPad, iPhone, and iPod and saved Apple Computers from extinction. In order to turn around a floundering company and turn it into one of the most important corporations in the world, he had to convince thousands of employees to follow him.  He did this all while (almost) single-handedly correcting the course of a company he helped create.

To do something spectacular, you need unrivaled leadership skills. You may not turn out to be the next Steve Jobs, but you can still learn from these five leadership lessons demonstrated by Mr. Jobs.

We all have that one friend who over-thinks everything. Not only does this cause doubt and confusion, but it is a motivation and productivity killer. However, as a leader, there is only so much time in a single day. So instead of overthinking everything, look to simplify what you can. After all, this is exactly what Steve Jobs did.

Apple’s history is an interesting one. There’s a reason you can read books on the history of a company that is only a few decades old. Initially, Steve Jobs helped create the company out of a garage. Eventually, the company’s Board of Directors removed him from his leadership. Why? This is another point to learn from further down the list. But during Jobs’ absence, the company lost its way. During this time, it allowed the creation of Apple clone computers, which cheapened the product. In addition, designs of Apple products took on overly complex looks, turning potential customers away from the company. So when Steve Jobs returned to head the company several years later, one of his first steps was to simplify everything.

Have you ever heard the term “keep it simple, stupid”? Maybe your business professor uttered the term, or perhaps your athletic coach or parents would occasionally say it. Either way, Steve Jobs lived by this simple rule. Just look at the Zen-like appearance of all major Apple devices. The second version of the iPod used a simple dial wheel for controls, and as more devices emerged, the appearance took on simpler designs. Now, almost all mobile devices are based on Apple’s simplistic designs. So while this is a long answer, you need to keep it short. Don’t overthink what you’re doing. 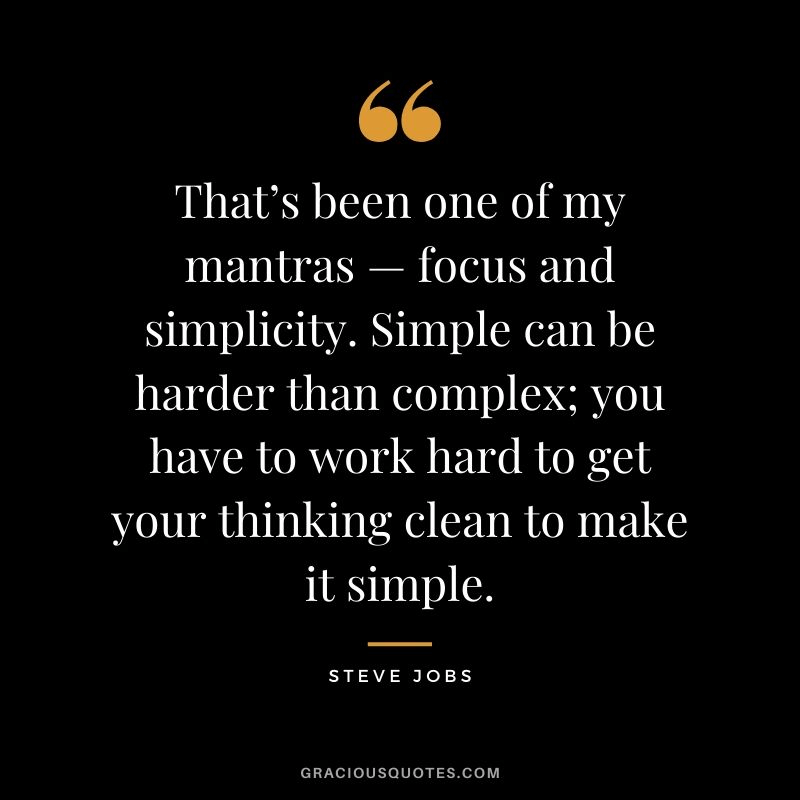 To say Steve Jobs was confident is an understatement. The man believed in everything he did. He forced his employees to do so as well. When Jobs had an idea for a product, he wouldn’t accept “no” for an answer. It’s not that he wanted a bunch of “yes” men around him, but he wanted results because he believed that if employees pushed themselves, they could deliver. So his confidence in himself helped bring out the BEST in his workers.

3) But Don’t Lead Through Terror

Here’s something to keep in mind that Steve Jobs did and yet you shouldn’t. Steve Jobs, by all accounts, was a ruthless professional. He pushed his employees often beyond the brink, which is why turnover at Apple is one of the highest in the industry (especially back when Jobs ran the company). He would publicly belittle employees to the point of them either wanting to make amends for the issue (even if they didn’t cause the problem) or until they left the company. So, he did motivate his employees to give him what he wanted, but he also ran his company through fear.

Now, there are many reasons why Apple’s Board of Directors removed Steve Jobs from his leadership position. It’s a complex situation, so getting into every detail would only bog you down (remember, we’re trying to keep it simple!). However, one reason has hinged on his relentlessness and employees’ fear of him (Business Insider, 2015).

Jobs did return, straightened out the company, and had a vision for the future. However, if his products did not perform, chances are he would not have lasted as the CEO of Apple. The Board of Directors kept him because he churned out great products. This is a leadership style few can pull off successfully. You have to walk the fine line between motivation and fear.

So what exactly should you do? Obviously, the fear factor worked for Jobs. It helped motivate and push his employees to create technology never before seen, which helped Apple become the company it is today. Running a business this way is a double-edged sword. Some workers may perform better under these conditions, while others are more likely to leave. In almost all cases, it’s far better to lead through respect than fear. Jobs ran his company through respect

10 Habits of Highly Productive Leaders – 10x Your Output
What Is Your GREATEST Weakness? |13 Weaknesses To Use In Your Job Interview
Why Should We Hire You? | 6 BEST Answers To Pass Your Interview
What Are Your Strengths? |15 GREATEST Strengths With Sample Answers
TOP Interview DO’s And DONT’s (SHOCKING) – Video And Transcript

4) Different Can Be Genius

Here’s the problem with just about every business out there today: there is a carbon copy of it somewhere else. Think about it. Are there that many businesses thinking outside of the box? Instead, most conform to the norm and attempt to push into the market. It takes true genius to look at a situation and identify a different way to go about it.

As personal computers became increasingly popular during the late 80s and into the 90s, most systems became known as “IBM compatible.” While running a Windows operating system, computers more or less functioned exactly the same, regardless of the brand stamped onto the front. From HP to Compaq to Dell, some might have used different parts in order to last longer, but just about everyone in the computer industry did it the same way.

With the absence of Steve Jobs, Apple started down the same path. While it ran its own operating system, the company produced computers with the same look and feel as all other systems. It started to license off its internal operating system, so third-party companies could make Mac “clones” (Every Mac, 2013).  Those attempting to run the business fell into the trap of acting just like everyone else, which in turn almost led to the complete ruin of the company. 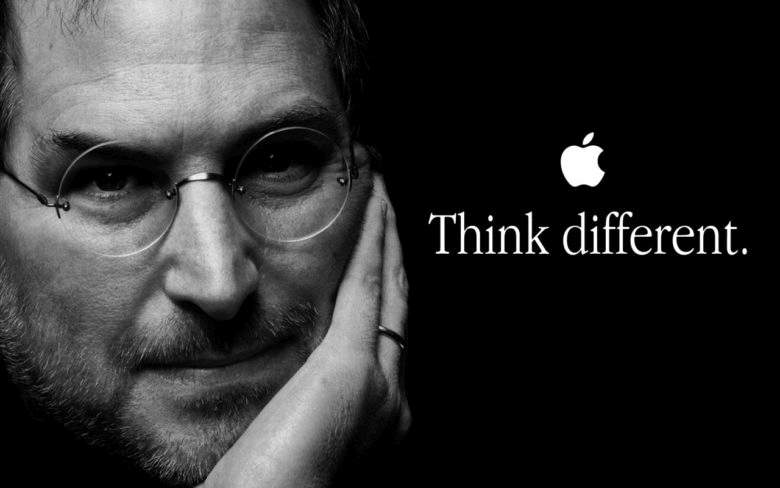 When Steve Jobs came back, he did two things. First, he opened up the Mac operating system to Microsoft Office and revolutionized how the Mac computer looked. He understood the importance of giving consumers what they needed in a new and exciting way. The iMac desktop used bursts of color to turn heads. These systems made computers sexy, and people who had never used a Mac suddenly wanted the colorful desktop.

Jobs thought outside of the box, and it worked. Following the iMac, he released the iPod, the iPhone, and the iPad, each of which proved to be game changers in the industry and the way people lived their lives.

Jobs thought outside of the box, and this difference became genius. But, of course, Steve Jobs is just one example of thinking outside of the box. Elon Musk is doing the same with Tesla (and eventually space travel and green technology), while others over the centuries have done the same (The Sun, 2017). When you stop and think, can you recall any other truly unique computer design from the late 90s other than the colorful iMac? Do you want to be the leader who thinks outside the box and does things differently like this? Or would you rather conform and do it like everyone else? One is remembered. The others aren’t.

5) Have a Vision But Have Details

Having a vision is important to becoming a successful leader. However, you need details to realize this vision. You can’t just say, “I want to go from point A to point Z,” and have no clue what to do or how to move to the next point on the line. Steve Jobs had a grand vision for the company and a path to follow. Yes, he had help from skilled individuals around him, but the combination of vision and understanding of the details helped make him successful. To take both you and your company to greatness, you need to have a clear-cut vision of what you want the business to be. At the same time, you need to have details on how to achieve these goals.

Steve Jobs was a true visionary of his time. Even though he is no longer alive, his impact remains felt and likely will remain for a long time. So while you might not be the next Steve Jobs, you may also end up being greater than him. After all, Steve Jobs didn’t want to be like anyone else. He wanted to be better than everyone else.

Why Should We Hire You? | 6 BEST Answers To Pass Your Interview
What Are Your Strengths? |15 GREATEST Strengths With Sample Answers
Tell Me About Yourself Interview Question With 5 Sample Answers (Video And Transcript)

Looking for more interview questions? Check out these lists of questions (and example answers!)

CareerCrawlers.com is a participant in the Amazon Services LLC Associates Program. As an Amazon Associate, we earn from qualifying purchases. The Amazon affiliate advertising program is designed to provide a means for sites to earn advertising fees by advertising and linking to Amazon.com and affiliated sites. 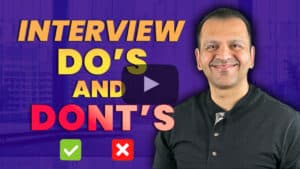 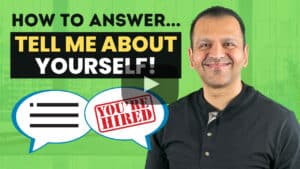